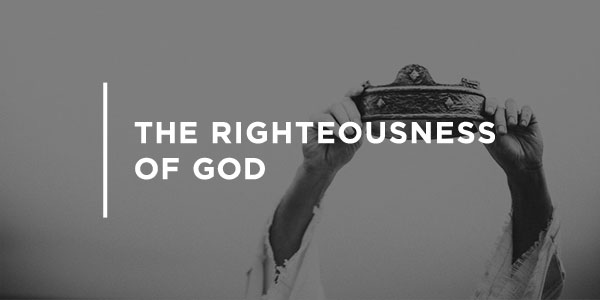 It’s interesting to see how infrequently we hear Christians express a desire for individual righteousness. People wish to understand how to be more religious and more holy, but seldom it ever might we encounter somebody who would like to be more righteous. Perhaps that is in part because we don’t want to appear self-righteous, but largely it is because the biblical philosophy of righteousness hasn’t received much attention in daily.

At the time of the Protestant Reformation, however, righteousness was a major concern, and this is only because righteousness is a main concern of the New Church, especially of Paul’s letter to the Romans. Paul described the Gospel since the revelation of God’s righteousness (Romans 3:21). Jesus said that the principal thing we should seek following is God’s righteousness. Clearly, the Reformers were after Scripture in highlighting this subject.

Secondly, because we’re sinners, we have to be made righteous. We cannot make ourselves righteous. The doctrine of justification by faith, so precious to the Reformers, informs us that God counts us as righteous based only on the finished sacrifice of Jesus Christ. His death takes away our sin, and His resurrection finds us in His kingdom of righteousness. This can be known as an”imputed” (credited) righteousness.

But next, we want to seek and pursue private righteousness. Anyone who has been rescued from sin will hate sin and will find righteousness. Jesus not only told us to seek God’s kingdom and righteousness, but He also told us that unless our righteousness surpasses that of the Pharisees, we wouldn’t find the kingdom of God (Matthew 5:20). It is clear that we are to seek to become righteous individuals as we obey God’s law and walk in His ways.