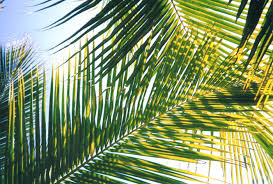 I know one of the worries of the kids’ music service is that the kids comprehend what they are singing and that they would not joke about this. Also, I share that worry for our kin. In a minute the choir will sing a tune called, “Hosanna, Hosanna!” And after that, we as a whole will sing a tune which starts: “Hosanna in the most noteworthy!” So I need to give a little lesson in Greek and Hebrew, to ensure we as a whole realize what the New Testament implies when it says in three better places, “Hosanna to the Son of David!” (Matthew 21:9, 15); or, “Hosanna in the most astounding!” (Mark 11:9, 10); or basically, “Hosanna!” (John 12:13).

A Lesson in Greek and Hebrew

Be that as it may, on the off chance that you look in a Greek lexicon to discover what it implies, you know what you find? You find that it is truly not initially a Greek word all things considered. The men who composed the New Testament in Greek did likewise to a Hebrew word that our English interpreters did to the Greek word: they simply utilized Greek letters to make the sound of a Hebrew expression. I know this sounds kind of muddled. Be that as it may, it’s truly not. Our English word “hosanna” originates from a Greek word “hosanna” which originates from a Hebrew expression hoshiya na.

What’s more, that Hebrew expression is discovered one single place in the entire Old Testament, Psalm 118:25, where it signifies, “Spare, satisfy!” It is a cry to God for help. Like when some individual pushes you off the jumping board before you can swim and you come up hollering: “Help, spare me . . . Hoshiya na!”

A Shift in Meaning

In any case, something happened to that expression, hoshiya na. The significance changed throughout the years. In the song it was quickly trailed by the outcry: “Favored is he who comes for the sake of the Lord!” The sob for help, hoshiya na, was addressed nearly before it left the psalmist’s mouth. What’s more, finished the hundreds of years the expression hoshiya na quit being a weep for help in the normal dialect of the Jews. Rather it turned into a yell of expectation and jubilee. It used to signify, “Spare, please!” But step by step, it came to signify, “Salvation! Salvation! Salvation has come!” It used to be what you would state when you tumbled off the jumping board. Yet, it came to be what you would state when you see the lifeguard coming to spare you! It is rising over of a heart that sees expectation and bliss and salvation in transit and can’t keep it in.

Furthermore, “Hosanna to the Son of David!” signifies, “The Son of David is our salvation! Yahoo for the lord! Salvation has a place with the ruler!”

Furthermore, “Hosanna in the most astounding!” signifies, “Let every one of the holy messengers in paradise join the tune of acclaim. Salvation! Salvation! Give the most noteworthy paradise a chance to sing the melody!”

Picture a Super Bowl diversion, and (trust it or not) the Vikings are three focuses in front of the Pittsburgh Steelers. The Steelers are alone 35 and have no additional timeouts. There are two seconds staying on the clock. The Vikings’ fans are going wild. The Steelers line up, counterfeit  to the recipients on the left sideline and run a wide compass around the correct end, and the quarterback tears away from any detectable hindrance and heads down the correct sideline—40 – 45 – 50 – 45. The main seek after the Vikings is Willie Teal, the wellbeing, cutting an askew over the field. Also, out of the Vikings’ show off come two sorts of hosannas, the old kind, and the new kind. One a player in the group is hollering: “Catch him! Catch him, Willie!” (That’s the old hosanna.) The other piece of the group is shouting, “You got him! You got him, Willie!” (That’s the new hosanna.) The word moved from supplication to commend; from cry to certainty.

So when we sing “Hosanna” now, we should make it exceptionally individual. How about we make it our acclaim and our certainty. The Son of David has come. He has spared us from blame and dread and misery. Salvation! Salvation has a place with our God and to the Son! Hosanna! Hosanna in the most astounding!