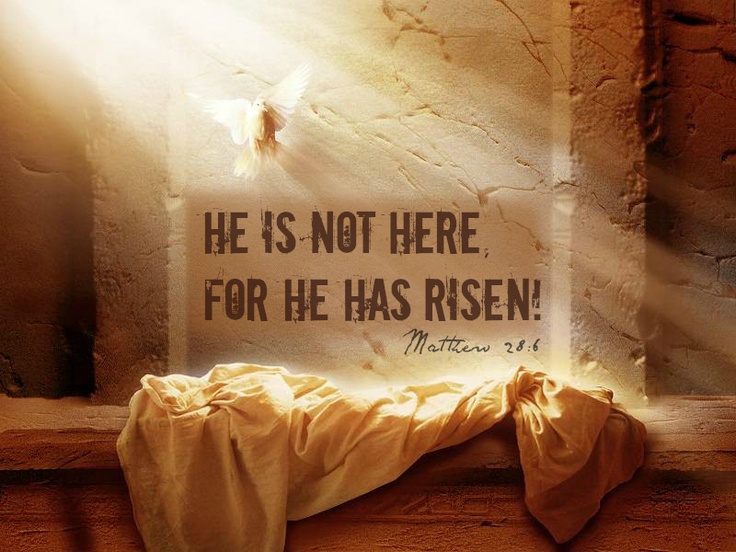 “A holy messenger of the Lord descended from paradise and, setting off to the tomb, moved back the stone and sat on it.”

Can you understand the holy messenger’s ghastliness when people ridiculed, spat on, beat, lashed and executed the Son of God?

Envision the delight of the holy messenger whose loud entry made the ground shake. God picked him to be the person who moved back the stone not to free Jesus but rather to uncover Him effectively lost!

Can you picture the heavenly attendant’s glimmering face as he roosted on that stone?

The watchmen were afraid to the point that they shook and wound up noticeably like dead men. The memorial park required a couple of people acting like dead men since some of the some time ago dead were all of a sudden strolling the roads (see Matthew 27:52-53).

I’m going to need to yell thank heaven! The ladies entered the tomb, yet they didn’t discover the body.

A few things are essentially unimaginable, and passing keeping its hang on Jesus is one of them. Mind you, the ladies didn’t yet get it. Luke 24:4 enlightens us “while they were pondering regarding this, all of a sudden two men in garments that sparkled like lightning remained adjacent to them.”

The Old Testament sanctuary contained a heavenly picture anticipating this minute. The ark of the pledge spoke to the very nearness of God. In Exodus 23:17-22, read the guidelines for the “kindness situate” (KJV) or “reparation cover” (NIV) on the ark of the pledge.

Do you see the photo? I can’t be closed minded that the cherubim prefigured the blessed messengers as Christ’s head and feet, however I am persuaded. Jesus has dependably been the methods by which God would “meet with” mankind (Exodus 25:22). On the off chance that the cherubim prefigured the heavenly attendants in the tomb, would you be able to envision how they protected the body through the hold up?

With their wings eclipsing Him, they confronted each other, looking toward the cover. Picture their responses when the celebrated group of Jesus sat up from the passing cover and left the tomb, directly through the stone.

Wouldn’t you have wanted to hear as Christ expressed gratitude toward them for their administration?

“Why do you search for the living among the dead?”

Eminence to God! In spite of the fact that the news reverberated all through the heavenlies right now of Christ’s revival, the holy messengers presumably ached for God to turn on their volume in the natural domain and report it to the mortals.

At seeing the heavenly attendants, the ladies fell on their appearances. The divine watchmen declared to them, “Why do you search for the living among the dead?”

The what? The living! “He is not here” (Luke 24:5). Gracious, Glorious, Merciful, Omnipotent God! He is risen for sure!

“Keep in mind how He let you know.”

I treasure the following five expressions of the blessed messengers: “Recollect how He let you know” (v. 6). Adored, have you overlooked something He let you know? Christ, our Lord, is unwavering to His guarantees. In case you’re not directly “seeing” Him at work in your circumstance, don’t live as though He’s inert and you’re sad.

Trust Him and anticipate that Him will uncover His restoration energy to you!